.
.
.
The new logo retains the rainbow of colors but sheds the grownup curlicues: it now evokes children’s refrigerator magnets, McDonald’s French fries, Comic Sans. Google took something we trusted and filed off its dignity. Now, in its place, we have an insipid “G,” an owl-eyed “oo,” a schoolroom “g,” a ho-hum “l,” and a demented, showboating “e.” I don’t want to think about that “e” ever again. But what choice do I have? Google—beneficent overlord, Big Brother, whatever you want to call it—is at the center of our lives. Now it has symbolically diluted our trust, which it originally had for all the right reasons.
.
.
.
Now Google is so smart and powerful, across so many platforms—Androids, a translation service, Chrome, Maps, Earth, self-driving cars, our collective brain—that our trust, our connection to that first thrilling moment, that gratitude and excitement, should be essential to maintain. You’d think the company would get that, and that rebranding, generally, feels suspicious. When I see that shifty new rainbow-colored “G” bookmarked on my toolbar, I recoil with mild distrust ...

>> The new logo retains the rainbow of colors but sheds the grownup curlicues: it now evokes children’s refrigerator magnets, McDonald’s French fries, Comic Sans. Google took something we trusted and filed off its dignity. <<

I recoil with mild distrust

First antitrust and then distrust.

"We will cleanse every area of public discourse that has been westernised and where Indian culture and civilisation need to be restored - be it the history we read or our cultural heritage or our institutes that have been polluted over years," Union culture minister Mahesh Sharma said.

सोनी कं ने वॅाटरप्रुफ फोन्स इक्सपेरिआ सिअरिजची वॅाटरप्रुफ गॅरंटी मागे घेतली.
""The updated guidelines apply to all three models of the Xperia Z5 and you can read them for yourself on the official Sony website. "You should not put the device completely underwater or expose it to seawater, salt water, chlorinated water or liquids such as drinks," it says.""

Indian society, Mohan Bhagwat said, had maintained a tradition of rejecting redundant traditions and accepting “good things from all over the world” based on eternal life values.

According to reports, there are a number of unauthorised contractors in Jhabua district with significant stockpiles of gelatine sticks and detonators, largely to aid the business of sinking wells for irrigation. Rajendra Kasawa, the owner of the seed and fertilizer shop where the stockpile caused the devastation, is only one such.

According to reports, there

According to reports, there are a number of unauthorised contractors in Jhabua district with significant stockpiles of gelatine sticks and detonators, largely to aid the business of sinking wells for irrigation. Rajendra Kasawa, the owner of the seed and fertilizer shop where the stockpile caused the devastation, is only one such.

He starts by saying, “I am not a scholar of Islam. I follow the middle path and am part traditionalist and part rationalist. I live in the Western and Eastern worlds and try to love all people for what they are, without judging them. “
.
.
.
“Let us set a precedent in clearing conflict with grace and dignity and not trigger violence in words or actions.” 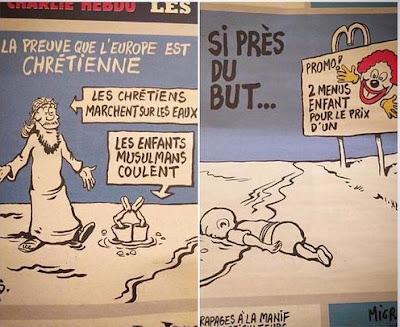 The report is based on more than a million interviews conducted by Gallup since 2005/06, as part of their World Poll survey.

"Skyscraper Index" implies that tall buildings should often be seen as a bad sign for an economy. This index, developed by analysts at Barclays, tracks how the building of some of the world's tallest buildings have overlapped with financial crises. readthrough here is that constructing towers coincides with boom economic times, only for many of those towers to find an economy worse off than before after completion.

RTI documents also reveal that there is more to the agitation than mere appointment of Gajendra Chauhan as Chairman and four others in the governing council. Is it allegedly to do with the unjustified rules and subsidies that ex-students of FTII receive that have been recently stopped?

Until 2014, students, who have not completed their course or project within the stipulated time, were entitled to free accommodation, subsidised food and no fees in the FTII. Students are provided cash advance for projects and hardly anybody checks the accounts on to whether the money is spent on legitimate heads. In addition, students were permitted to do private jobs in extended periods of free stay with subsidised food and cash advance in the hostel. (See box for the cash advances given to students. This is not the first time that the students have not completed their courses or projects in the stipulated time.)

Simmering discontent has been brewing since the time a circular of 11 April 2014 threatened to seal the fate of ex-students availing all kinds of subsidies. At the 70th meeting of Academic Council of FTII held on 11 April 2014, the following decision was taken.

"It is decided that any student who is not able to complete any project or any part of the curriculum due to personal reasons, and which adversely affect the running of the academic curriculum as well as affects the learning of the other students must not be allowed to do the same. FTII, as the producer of these project films reserves the rights to cancel such projects. The performance of the students would be assessed on as is where is basis or cumulative performance on the work done previously and other academic particpations."

Further, during a meeting of the Director, FTII with the Head of Departments (HoDs), it was agreed that former students could complete their course by availing the guest house accomodation and not staying in the hostel on a daily basis to complete their assignments. The minutes of meeting state, "During the discussion, Shri Sandeep Chatterjee, Professor, Films Direction, suggested that while the complete projects can be assessed in the normal way, the complete projects can be assessed on pro rata basis. Dean for Films, Dr K Awati said that after such an assessment, the students can be asked to vacate the hostels though they should be given opportunity to complete the remaining work including post production on the projects/ exercises, for they may be provided facilities, as and when available, and guest house accomodation on individual basis. The assessment will be done from 12 August 2015 onwards. The above was unananimously agreed to by all the HoDs present."

Night out for girls not in our culture, says Union culture minister Mahesh Sharma

Sharma created a flutter with his remark on Kalam that was seen as a slight for the minorities. "Aurangzeb Road ka naam bhi badal kar ek aise mahapurush ke naam par kiya hai jo Musalman hote hue bhi inta bada rashtravadi aur manavtavadi insaan tha (We have renamed it after someone who was a humanitarian and a nationalist despite being a Muslim)," he had told another channel on Thursday.

Rajnath Singh: ‘West isn’t best, we had all the answers’

since India doesn’t have a history of theocratic states, the concept of secularism is irrelevant in the Indian context.

“I disapprove of what you

********
It is better to have questions which don't have answers, than having answers which cannot be questioned.

Normally I don’t reply to every open letter by ‘senior' journalists but this time I thought if I didn’t, the Goebbels law — speak what is untrue several times over and it becomes the truth — may prevail.