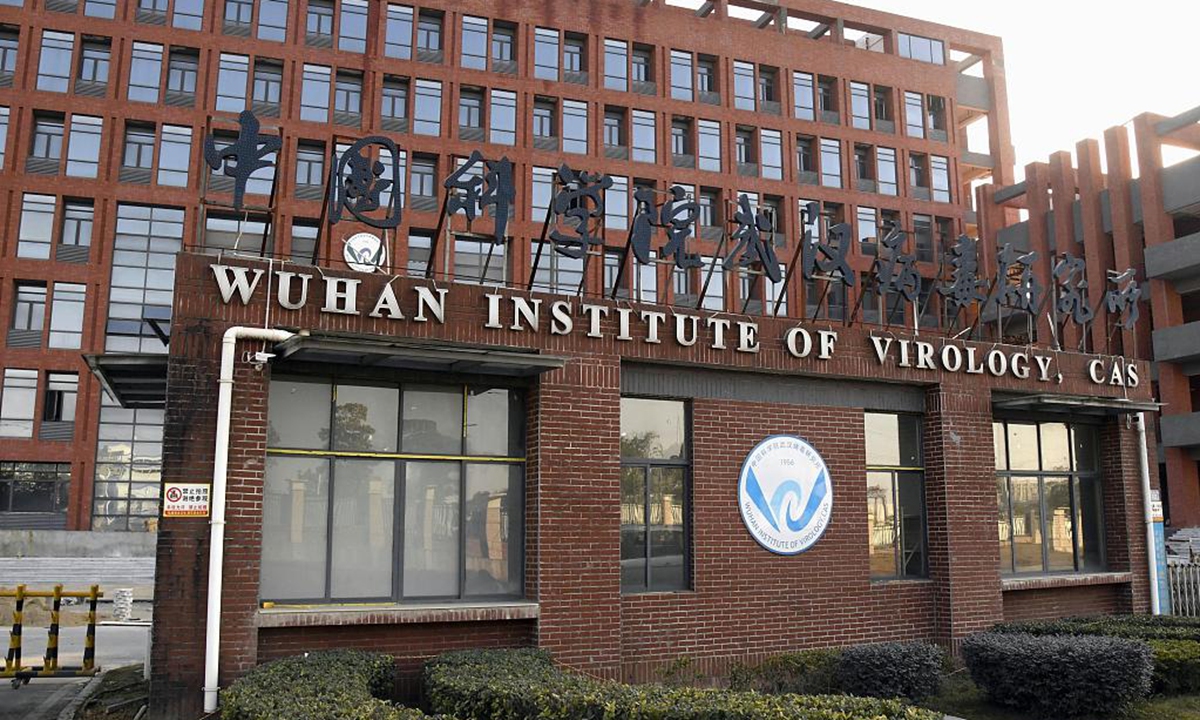 Baltimore told me by email that he made the statement to Wade, also by email, and granted him permission to use it in print. But he added that he “should have softened the phrase ‘smoking gun’ because I don’t believe that it proves the origin of the furin cleavage site but it does sound that way. I believe that the question of whether the sequence was put in naturally or by molecular manipulation is very hard to determine but I wouldn’t rule out either origin.”

It is disappointing & dampening to see an article setting out to fact find the origins of the SARS-CO-2 , indulging in sinister conspiracy theories like bio weapons & genetic engineering. Accidental lab leak at least masquerades as a rival theory ; but bio war fare being mentioned in the same breath, in a science article?
Well, to each, their own.

Having said that, lab leak itself, for all its worth, is a conspiracy theory & here is why.

For starters lab leak was never totally ruled out; just that it stood on a very shaky ground.
The Terms Of Reference document of WHO clearly mentions the purpose as to investigate the origin of the virus & DOES NOT rule out Lab Leak at all.
Admittedly , SARS-CO lab leak did occur at multiple places like Taipei, Singapore & China in late 2003-04.But they weren’t concealed from the gaze of the scientific community by & large ( China was obstructive as always) & importantly occurred well after the pandemic kicked off.

The scientific consensus continues to be in favour of natural origin; it is only the chattering class that talks of a juicy, attractive,espionage novel kinda story with brave characters fighting a good fight against the mighty(!) WHO & governments- a David & a Goliath narrative.

That any data questioning natural origin theory is censored by scientific journals is an unbelievably facepalm claim, indulged in by lab leak enthusiasts.
Also this claim in above article that grants are at stake & all other political motives attached to the dismissal of lab leak are a lot of gas & unsubstantiated victim posturing.
One can’t get away making a claim of science & then explaining it partly by political intents. And if political is the realm under microscope, with Trump lending weight, the political windmills surely tilted in favour of lab leak. To make unscientific claims, demonising an admittedly autocratic & authoritarian regime any more than it can reasonably be, & frightening your citizenry IS political. With economic & military rivalry going on, it is easier to surmise who have political stakes.
Chinese are, like all authoritarian regimes go, are secretive. But there is a YouTube interview of the scientists who went to investigate the Wuhan leak, and watching it, it is apparent, the Chinese weren’t as obscurantist as they were made out to be, in fact they were cooperative than one expected them to be.
Also the team that went to investigate comprised of ace scientists assembled from around the world, had no axe to grind, were under no Chinese obligation, had no gag orders , and all of them supported the Natural Origin theory.

The genetic data in the corona virus research unequivocally show that SARS-CO-2 isn’t derived from any previously used viral backbone as claimed by the espousers of Lab Leak theory.
Also it is patently false that no evolutionary signatures exist in SARS-CO-2 while much is made of those externally manipulated ,increasingly rendered invisible ,by gene editing techniques.
Factoring in similarity of SARS-CO-2 to bat SARS CO like coronaviruses, it is likely that bats serve as reservoir host for its progenitor . Although RaTG13 , the closest kin of SARS-CO-2 , a horseshoe bat coronavirus ( oh, btw, it was called fake by lab leak apologists & claimed to be roped in to prop up natural origin theory, can you believe?) bears 96 per cent resemblance to the former’s genome, its spike diverges in Receptor Binding domain ( RBD) , which means it may not bind to human ACE2 efficiently.
Malayan illegally imported pangolins into Guangdong contain coronaviruses similar to SARS-CO-2. Some of them exhibit a strong similarity to latter in RBD including all six key RBD residues.
All of this means SARS-CO-2 spike protein optimised for binding to human ACE2 is the result of natural selection.
Neither the bat coronaviruses nor the pangolin ones so far have polybasic cleavage sites. Although no direct progenitor has been zeroed in on, the fact too remains that the coronaviruses in bats & other animals remain heavily undersampled & underinvestigated.Mutations , insertions & deletions being a possibility at
S1-S2 cleavage site, the polybasic cleavage site too can arise by a natural selection- adaptation evolutionary process.
For a direct precursor to achieve mutations in both the processes ( cleavage site & spike protein) suitable to bind to human ACE2, the reservoir host got to exist in high numbers for the natural selection to occur without a hiccough. And bat populations fulfil this precondition satisfactorily.
Alternatively, the precursor jumped into humans acquiring the above features through adaptations during undetected human to human transmission.
All SARS-CO-2 genomes sequenced so far have the common genomic features & are thus derived from a common ancestor that had them too. Pangolin RBD is a case in point. It means it was probably also in the virus that jumped to humans. So that leaves only the polybasic cleavage site that got inserted during h to h transmission. Sufficient opportunity for it would have arisen if many prior zoonotic events had occurred that produced short chains of h to h transmission over an extended period.
This is exactly what happened during MERS-CO-2 , during which all human cases were result of jumps of the virus from camels to humans, several such short bursts.
There is every reason to believe that such an eventuality existed with SARS-CO-2 too.

Granted these are hypotheses yet, research & studies about which continue, but they derive from previous coronaviruses life cycle studies, are simple, elegant, plausible, unlike the lab leak theory, more of which below.

About the specificity & the precision of the furin cleavage site, a lot of details will need to be digged into, like pallindromes, hairpin, polymerase & how hairpins make polymerase to commit copy errors. This isn’t place to do it, that would fall in the realm of dense virology jargon , for starters.
Suffice here to say that SARS-CO-2 developed a furin cleavage site at its precise location via copy choice error mediated recombination with an ancestor of the bat coronavirus HKU9 followed by subsequent mutations.( The narrative exists very much in virology literature & was in vogue several months before Nicolas Wade made his outlandish claim).
The proverbial smoking gun evidence for furin if you may.

Gain Of Function studies ( Shi Zhegli lab ) explored whether bat Corona virus directly attaches to human ACE2, a kind of direct bat to human infection., the purpose being to examine under which conditions the virus becomes more dangerous. All of this is available in WHO report. Nothing surreptitious about it. It serves to provide early warning systems before a pandemic breaks out. More debate is surely needed for transparency & there is a risk of it being used covertly for manufacturing biological weapons.
It has to be added too that Shi Zhegli is a respected scientist, is part of a larger network ,her virologist peers the world over respect her for her acumen & abilities & have never found anything suspicious with her lab activities for decades. This too needs to be brought to the table.
The research has been legitimate as is the demand for monitoring of it by state agencies.
Having said it, Gain Of Function to bio weapons is an astronomical leap ; bio weapons moreover is a poor way of waging war & wreaking destruction . Not efficient at all . Can boomerang on you , make you look terrible globally. And creating an entirely new’ bio weapon’ in the form of SARS-CO-2 is such a cost & effort bloomer when there was SARS-CO available for tweaking to be unleashed on the world( goodness knows what purpose it would have served).
So unless a strong, much more compelling evidence is forthcoming, bio weapons theory is a non starter, a dud .

About a loose collective like DRASTIC , they lack skeptical editing , are basically a network of like minded people who gather info & try to make sense of it in a linear manner. A one track narrative without asking questions to their own research . A pot pouri of engineers, businessmen & scientists who try to meddle into serious virology posers. This isn’t ad hominem but a rightful questioning of their methods as well as the lack of knowledge of serious virology.

About six miners falling sick & three of them dead, the story doesn’t tell us any more than the fact that bats carry a random mix of dangerous, diverse coronaviruses & the miners might have got any of them. It beats me how it can be connected to the lab leak ‘ hypothesis’.
Ditto for the researchers from Wuhan Institute falling sick in 2019 fall. Come on. What is the evidence that it was COVID that they got afflicted with & not an influenza or some other Corona virus infection? Such drivel doesn’t even make one laugh.

Also the claim that SARS & MERS intermediate hosts were uncovered
In 4 & 9 months respectively can hardly support the Lab leak theory.Ebola, for instance, was discovered in 1976 & after several epidemics its origin from which spillover occurred, remains undetected.It can take years & years to decades to lay bare the truth & yet the source may end up shrouded in mystery.
Even SARS progenitor virus is yet to be unearthed, as also where the first cases arose , 18-19 years down the line.
Sampling wild animals, sequencing of the viruses they carry to find the close genetic relative - all this is a humungously complicated task.
And is only a little more than a year & a half since SARS-CO-2 was identified & sequenced.
But the absence of a smoking gun for natural origin doesn't make lab leak one any more legitimate. No way.
And the phylogenetic analysis is already alluding to only one direction - bats as reservoir & pangolins or civets as intermediaries.

Btw, the Nobel laureate Baltimore has since backtracked from his comments to Nicholas Wade & doesn't rule out either of the possibilities.

However much genetic engineering & editing has progressed,virologists can't have a fine tuned, sophisticated, a priori knowledge of what they are going to bring into the real world,like SARS-CO-2, all the tweaking they do, notwithstanding.
The engineering of a virus that didn't exist yet;so essentially you aren't being aware of what you are engineering , leave alone monitoring it's tranmissibility - all this needs a gargantuan effort in technology intervention.A very very difficult task.

Are both the hypotheses possible?
Theoretically, yes.
Are they equally likely?
Hell, no.
The lab leak theory needs a massive cover up, with active conniving of a huge posse of scientists, journalists, bureaucracy,their silent , Cold Warish pledge of a complicity in a project the real fallout of which , the take aways from which are exceedingly small than the devastation it is going to wreak- all this for more than a year & half.
A feat no less stupendous than an aeroplane conjuring itself out of a
Dawkinsonian dump of rubble.. Just like that..

And the rival natural Origin theory
as mentioned above - simple, elegant, plausible, needing biology to behave only the way it has, the previous history of other coronaviruses,& their zoonotic spillover supporting it.
The two theories just don't stand on equal footing.
To borrow Richard Dawkins’s words, the Lab Leak theory is ' not even wrong'.

And mind well, lab leak theory is making rounds since the days of SARS & MERS as the source of origin of the outbreak .
SO THERE.