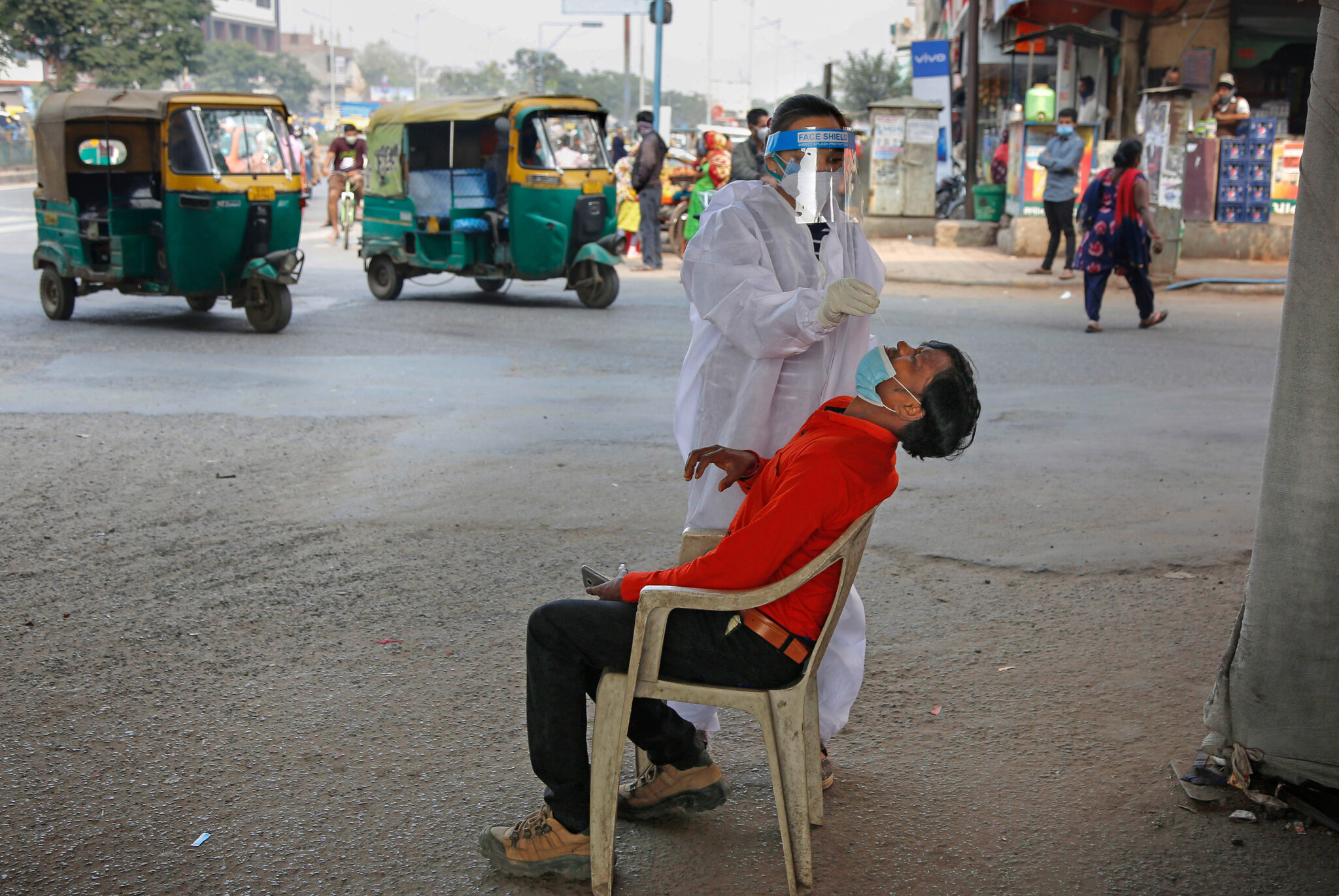 If people in developing countries remain out of work because of lockdowns required to choke off the spread of the virus, they will have less money to spend, reducing sales for exporters in North America, Europe and East Asia. Multinational companies in advanced nations will also struggle to secure required parts, components and commodities.

At the center of the story is the reality that most international trade involves not finished wares but parts that are shipped from one country to another to be folded into products. Of the $18 trillion worth of goods that were traded last year, so-called intermediate goods represented $11 trillion, according to the Organization for Economic Cooperation and Development.

“In fact, the increase in wealth of the top 11 billionaires of India during the pandemic could sustain the NREGS scheme for 10 years or the health ministry for 10 years,” according to Oxfam’s calculations.

India disappoints both, the

The idea is that governments will issue documents or phone badges that demonstrate that people have been inoculated against the coronavirus, allowing them access to flights, businesses and other areas of public life. Vaccine passports have already been initiated to some extent in Israel, and are under discussion in the European Union, the United States, and among airlines and tourism-related sectors around the world.

But the idea presents sticky ethical and practical risks for governments and organizations, which my colleague Max Fisher explored in the Interpreter column.

There are clear upsides to the passports. They could help economies to restart, families and friends to reunite and allow for some degree of normalcy to return. They may enable more sporting events, concerts, cultural events, parties, international travel and tourism. Businesses would be able reopen without putting employees or customers at undue risk. Many experts say they will be an inevitable part of post-pandemic life.

But dividing the world into vaccinated and unvaccinated people could also widen socioeconomic and racial gaps. Privileges for the vaccinated would favor groups that are inoculated at higher rates, which in the Western world tend to be white and wealthy.

It could also lead to prejudices and discrimination against groups that are perceived to have lower vaccination rates, experts say, similar to racial profiling.

The passports may also create huge inequalities among nations. Most vaccines have gone to rich countries, and it may be two or three years before vaccines reach poorer countries, essentially blocking their citizens from traveling abroad.

A complex set of rules that govern the passports will also need to be sorted out, said Nicole A. Errett, a University of Washington public health expert. Do Russian- or Chinese-made vaccines qualify? What are the rules for religious or medical opt-outs? Are restrictions in place until herd immunity is reached, or forever?

The first steps. Cyprus announced today that it plans to allow vaccinated residents of Britain to visit the island beginning in May.

The passports may also create

The passports may also create huge inequalities among nations. Most vaccines have gone to rich countries, and it may be two or three years before vaccines reach poorer countries, essentially blocking their citizens from traveling abroad

Rich Countries Signed Away a Chance to Vaccinate the World

The Spanish flu, also known as the 1918 influenza pandemic, was an unusually deadly influenza pandemic caused by the H1N1 influenza A virus. Lasting from February 1918 to April 1920, it infected 500 million people – about a third of the world's population at the time – in four successive waves. The death toll is typically estimated to have been somewhere between 20 million and 50 million

The Black Death (also known as the Pestilence, the Great Mortality or the Plague) was a bubonic plague pandemic occurring in Afro-Eurasia from 1346 to 1353.[a] It is the most fatal pandemic recorded in human history, causing the death of 75–200 million

At least 20 per cent of people found to be seropositive in a survey last year lost their neutralising antibody levels in the subsequent six months, according to a nationwide survey by the Council of Scientific & Industrial Research (CSIR). This, the researchers say, could partly explain why India is seeing a fresh surge in Covid-19 cases.

Thread -
On BBC World, I narrate my experience of covering the second wave of the #COVID19 pandemic that has caught India unprepared. @Reuters @BBCWorld

The warning about the new variant in early March was issued by the Indian SARS-CoV-2 Genetics Consortium, or INSACOG. It was conveyed to a top official who reports directly to the prime minister, according to one of the scientists, the director of a research centre in northern India who spoke on condition of anonymity. Reuters could not determine whether the INSACOG findings were passed on to Modi himself.

Serum Institute of India (SII) has started phase one trials in the UK of a nasal vaccine against coronavirus.

“Serum’s investment will support clinical trials, research and development and possibly manufacturing of vaccines. This will help the UK and the world to defeat the coronavirus pandemic and other deadly diseases. Serum has already started phase one trials in the UK of a one-dose nasal vaccine for coronavirus, in partnership with Codagenix INC,”

“Everyone was caught off guard, especially given the role that NGOs played in Covid relief last year,” said Nishant Pandey, chief executive of the American India Foundation, one of the largest U.S. nonprofits working in India. “To come with an amendment like that in the middle of pandemic was problematic.”